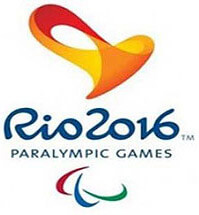 Following Gordon Reid’s triumphant win at the first ever men’s singles competition for wheelchair tennis at Wimbledon last weekend, our thoughts can’t help but turn to the Paralympics this Autumn.

The Rio 2016 Paralympic Games will take place after the Olympics, in Rio de Janeiro (Brazil) from Wednesday 7 September to Sunday 18 September 2016.  The number of sports is extensive including Boccia, Equestrian, Judo, Goalball, Football, Tandem Cycling, Swimming, Athletics and of course Wheelchair Tennis, to name just a few.

Over 4,000 athletes have been competing for places since 2014. This will conclude shortly before the Games begin, when the official list of athletes will be confirmed.

Still savouring his triumph, the Scot said he is already planning ahead for the Rio 2016 Paralympic Games: “It’s not going to be easy, everyone has been preparing for this for a long time and it’s a big draw. I will just try to have the same mindset as this week, go out there, trust myself, trust my game, just focus on the performance and let the results take care of themselves.”

You can visit the official website to find out more about the 2016 Paralympics here.