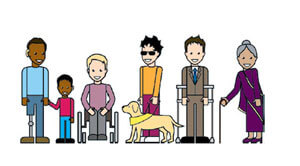 As many of you will no doubt be aware, PIP is the new replacement for the DLA (Daily Living Allowance) awarded to individuals at different rates subject to your needs.

The DLA is a non-means-tested, non-contributory benefit which was introduced in the UK in 1992. The PIP roll-out commenced on 8 April 2013, however, most people receiving DLA won’t be affected by PIP until 2015 or later.

The war on its viability is still raging, with as many supporting the new scheme as against it. You can read the latest news article here and for lots of useful information, visit the Gov.UK website here:www.gov.uk/pip.