“I am the master of my fate: I am the captain of my soul.” 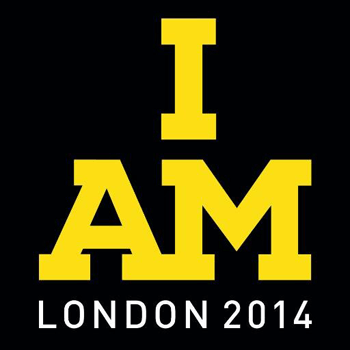 These are words from William Earnest Henley’s 1875 Invictus Poem which has become the anthem of the Invictus Games, and Prince Harry wasn’t the only one to be visibly moved on Wednesday evening!  One couldn’t fail to be inspired by the military-themed ceremony which took place at London’s Olympic Park; if you watched the proceedings on TV, you would have heard the many emotional stories of the wounded service personnel.  Fire, the British team’s mascot, a five-year-old black Labrador also took part.  Fire was injured by a roadside bomb in Afghanistan in 2012 while working as a bomb detection dog – just one of 1100 dogs of this nature serving in the British Armed Forces.

But the Games are not just about the survivors of war, and the strength of human spirit personified by the statement ‘I AM’, the British Drumhead Ceremony featuring an altar of drums was held in remembrance of the fallen.

The Games were motivated in part by the US Warrior Games, and it was lovely to hear First Lady Michelle Obama also mention the carers and the important work they do, within her speech.

Over 400 competitors across 13 nations will participate over the four-day event, with the closing ceremony taking place on Sunday 14 September.  You can learn more and follow all of the Games news via the website here.